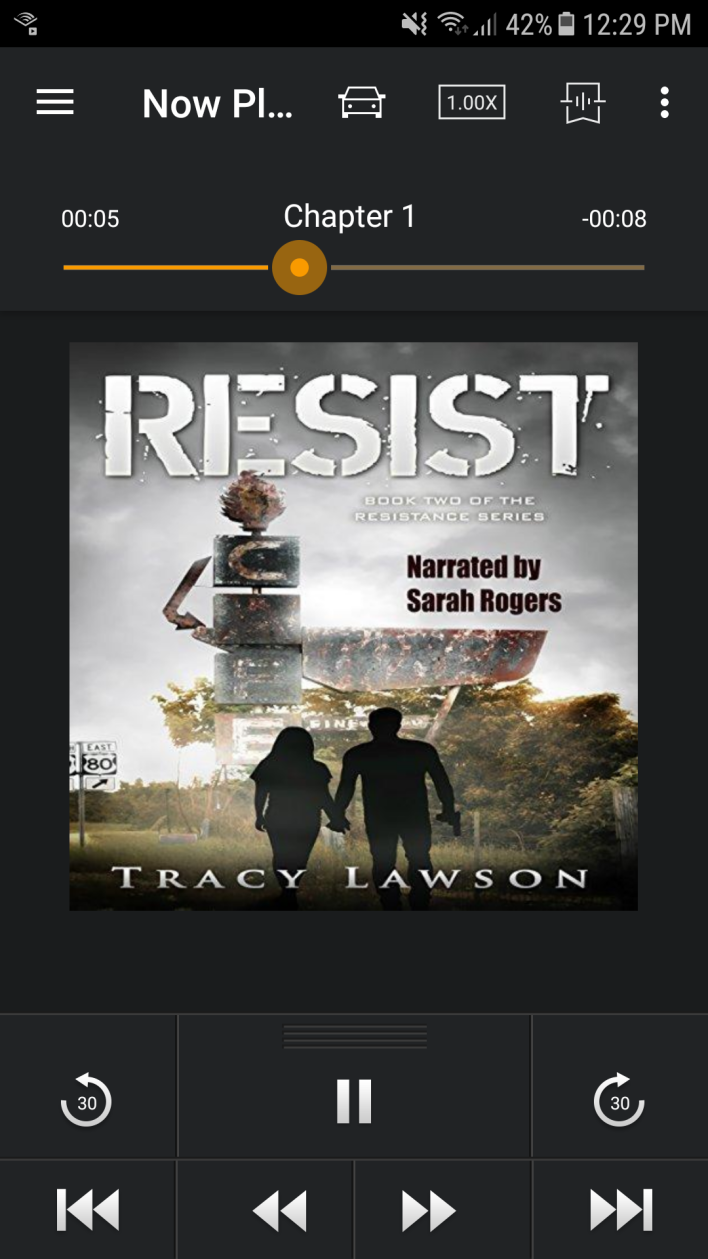 Thank you to the author for providing me with an audio copy of this book. My opinions are my own.

After really enjoying my experience with an audio book, I was happy to continue with this series in the same format. In my review of Counteract by Tracy Lawson, I mentioned that this was a very well-written YA dystopian fiction. While the premise itself is one I’ve read about before, the way the story unfolded and the writing style really sold it for me. I was excited to see how I would find the second book in this series … here are my thoughts:

Tommy and Careen are no longer naive teenagers who believe the Office of Civilian Safety and Defense’s miracle antidote can protect them from a terrorist’s chemical weapons. After accidentally discovering the antidote’s real purpose—to control citizens’ thoughts and actions–they join the Resistance to fight back.

They soon realize that being part of the Resistance brings with it a whole new set of challenges. Not everyone working for change proves trustworthy, and plans to spark a revolution go awry, with grave consequences. Tommy and Careen’s differing viewpoints threaten to drive a wedge between them, and their budding relationship is tested as their destinies move toward an inevitable confrontation with the forces that terrorize the nation.

Where does love fit in when you’re trying to overthrow the government?

Review: Did I love this as much as I enjoyed Counteract? No. But that doesn’t mean this book was bad in any way.

I liked that this novel jumped right into the events that occurred right after Counteract ended. It was a smooth transition, and in the next few chapters, the author provided enough information to fill in the gaps to jog your memory. I would still recommend, however, that people read the first book in the series before reading this one; it will allow for better connection with the characters and their motives.

This novel, while generally fast-paced, did have its slow moments. These were probably because the story mainly took place at Resistance headquarters. This meant that there was less doing and more talking going on. While this is not necessarily a bad thing, it did mean that there was less action than in the first book of the series. However, the benefit of this approach is that we got to see Careen’s character grow up and mature. She is no longer ignorant, and takes a much larger role and responsibility as a member of the Resistance. Having all of the central characters in one location also meant that there were more emotional interactions, and these were done quite well. I especially liked how Tommy struggled to understand his feelings, as it gave him more dimension. Once again, the author gave each character their moment to shine, which was awesome because we got to see how everyone was contributing – or worsening – the situation. Rebellions are a team effort! This also helped me connect with other characters that I didn’t necessarily think were important – but then they were.

The one main issue that I had with this novel was that it had the stereotypical love triangle issue. While there was a setup for it in the first book, I was hoping that it wouldn’t be carried out in the way that it did. But it happened. I think that it was one of those things that really didn’t add to the story, and I generally don’t like reading about teen angst so it didn’t work for me.

At times, the chapters had an abrupt ending. I feel like one more sentence that acted as a zinger would have been the perfect way to close it off and keep the writing tight. However, this didn’t really detract from the quality of the story.

The story ended on a cliffhanger, which means I am now going to binge listen to the next book in the series! I’m giving Resist a solid 3/5 stars!

Your Heart After Dark by Mahtab Rohan [BLOG TOUR]

Review: Spin the Dawn + Unravel the Dusk by Elizabeth Lim