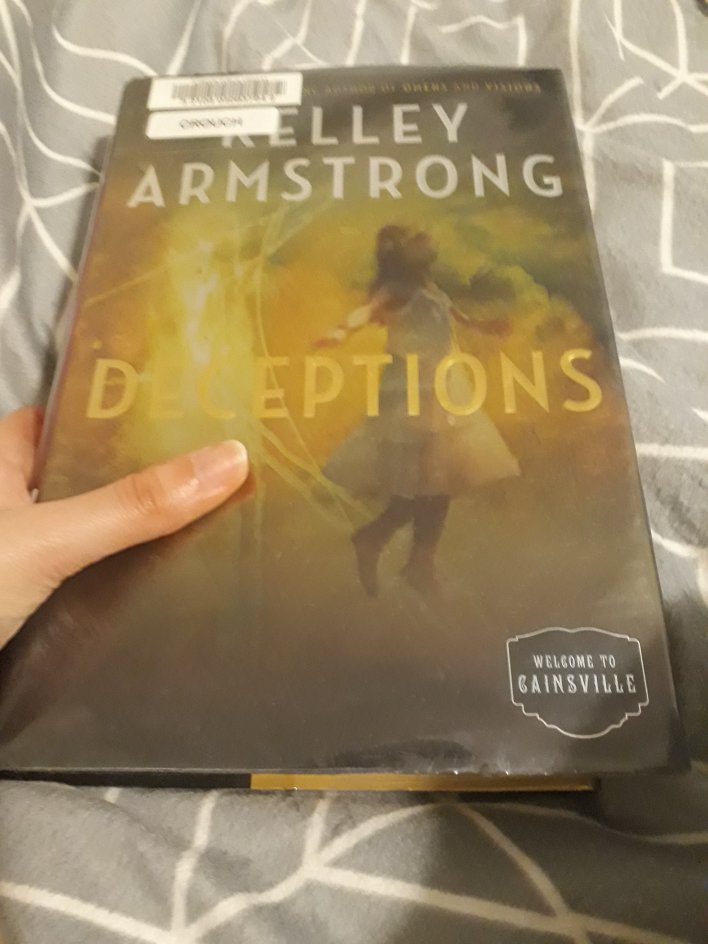 It may have seemed like I forgot about this series. BUT I DID NOT! I have been biding my time, trying to make a dent in my TBR list, and I’ve decided to make a real go at catching up with this series. Here is my review:

Synopsis (from the book): After Olivia Taylor-Jones found out she was adopted – not the child of a privileged Chicago family, but of a notorious pair of serial killers – her life exploded. Fleeing the scandal, she found a refuge in the oddly secluded but welcoming town of Cainsville. Working with Gabriel Walsh, a precociously successful criminal lawyer with links to the town, she managed to partially clear her parents’ name in an investigation that also revealed darker forces at work in the place that had offered her a haven. Fleeing Cainsville, Olivia now finds herself not only the target of the Cainsville elders and of the Huntsmen, but also of her ex-fiance, James. And this happens as her feelings deepen for Ricky, the son of the leader of a motorcycle gang, and confusingly also her feelings for Gabriel. Visions continue to haunt her; particularly ones of a little blond girl in a green sundress who insists she has an important message for Olivia. Will Olivia be able to prevent the tragic outcome that has been foretold?

So if I’m going to be honest here, I don’t think I enjoyed this book as much as I did the rest of the books in the series. And I think it had to do with the content of the novel. For most of the other books in the series, the story was about solving a mystery while understanding more about the fae. That’s what I loved about the series: there were sinister characters and gruesome deaths, and Olivia was learning how to recognize and interpret the omens and visions she was receiving. However, with this novel, there was a huge focus on this love triangle that the author decided to add into the mix. This book was more of a romance than a mystery novel, and it felt like I had been deceived (haha – get it, deceptions, deceived?!) by the premise of the story. I really don’t like love triangles because they are so tedious to get through and they don’t really add anything to the story. I also don’t like it because it changes the dynamics between certain characters. There was some mystery to it because we learn some more about the fae and Olivia’s connection to everything, and we do find out about the Larsens and whether they are innocent …. but it was all overshadowed by the love triangle, which was a little annoying for me. I will still be continuing with this series because I think it still has merit, but I definitely hope that the love triangle gets resolved soon so that I can focus on the really juicy stuff! But this book specifically gets a 2/5 stars from me.

Review: On the Isle of Sound and Wonder by Alyson Grauer [ARC]

Review: Where The Veil Is Thin – An Anthology Series [ARC]